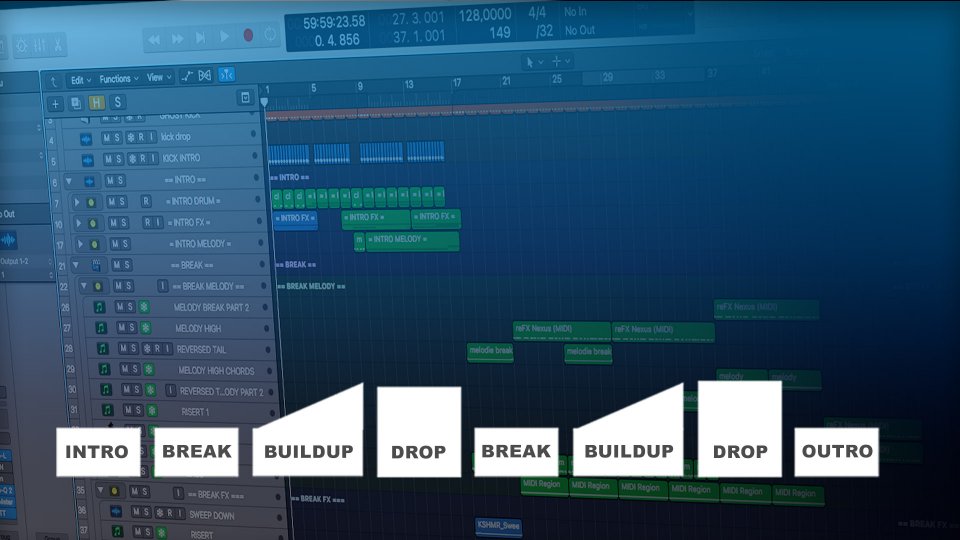 Secret hit song structure that nobody tells you - Track arrangement

Written by: Dexxter Clark
When you start producing, you need to now about track arrangement.
Every song consists of building blocks that vary to make the song more interesting.

The most common terminology to divide songs into blocks is: verse and chorus.
The chorus repeats and is the most recognizable part of the song. It’s the recurring theme of the song.
A song has a couple of different verses. Mostly 2, 3 or 4.
Every verse has the same melody but a different lyrics.
This is just a over-generalization that doesn’t apply to every song.

Sometimes there is also the bridge in a song.
The bridge appears only once at the end of a song, mostly between 2 chorusses.
A bridge has a different melody to change things up, and make the song less boring.
Sometimes a song has an introduction and an outro.

In Electronic music we apply the same structure albeit with different names:
The verse = break The chorus = drop or hook But the break can have a totally different the melody, instruments and tempo every time.
And there can be a bridge, but it does not have to be there.

The drop is the loudest part of the song.
It needs the be the most fun and appealing part of the song.
The break is quieter and has fewer elements (most of the time).
The drop is the most bass heavy, as where the break is mostly less bass heavy.
When you produce, you leave 6db headroom for your mastering engineer in the drop, and leave about 10/12db in the intro,outro and break.

In a drop there can be a bar with an absent kick or an sound element less, this is done to make the drop more interesting, but it doesn’t necessarily make it a break.
To make the drop more interesting after 8 bars, the producer introduces a extra high hat (totally optional by the way, but widely used).
A drop can even have another melody halfway through the last drop, only to jump back to the original tune later in the drop (maybe you can call that the bridge).

The break is mostly announced by a climax in the drop mostly with a riser.
And is mostly introduced by a bass drop.

Some genres of electronic music don’t have a clear distinction between break and drop, like a lot of techno and tech house songs. It does have recurring themes, so you could consider that a drop.
Most of the time they change it up quieter and louder parts (i.e. parts where the bass sounds are missing, to keep it interesting), you could consider those a break.

In electronic music we add one more component ‘in the mix’: the buildup.
You can consider the buildup part of the break (depends on how you look at it).
The buildup announces the drop.
There can also be a gap of a full bar between the buildup and the drop, just to make the impact of the drop even bigger (the power of silence).
A typical buildup has the following elements: repeating a melody or part of the melody the snare sounds that become more frequent over the course of the buildup the riser low cut filter extra reverb

Let’s take a look at the order of these structural elements that a typical electronic house song is made of.
Nothing is set in stone and there are a lot of variation out there. intro - 16 bars break - 16 (or 24/32) bars buildup - 8 bars outro - 16 bars
Notice that these number of bars are always a multiplication of 8.
Notice also that 16 bars is exactly 30 seconds in a 128 BPM song 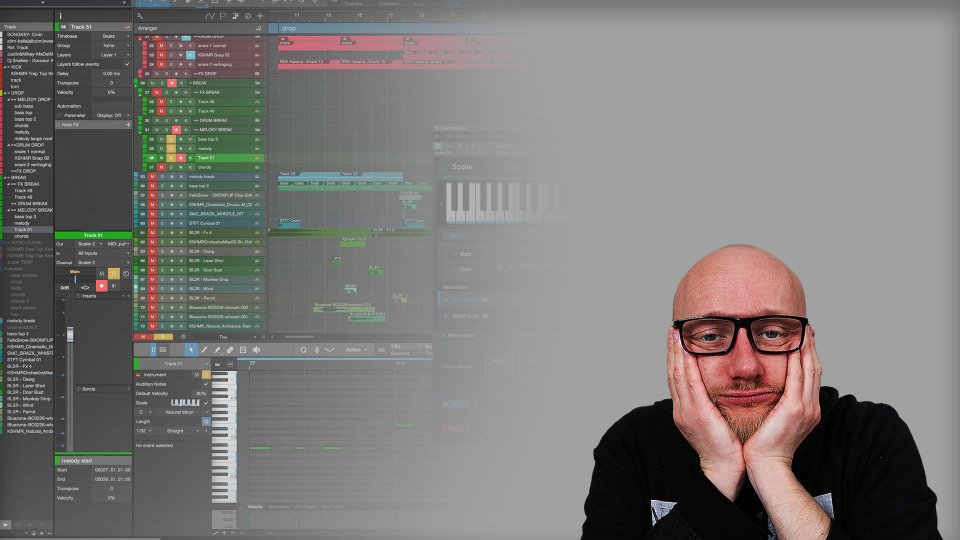 The secret to keep your listeners hooked

[VIDEO] As a music producer you can apply certain track arrangement tricks to prevent your track from getting boring. This blog is especially useful if you are starting out with music production and want to know which elements that you can use to make your track. To ...